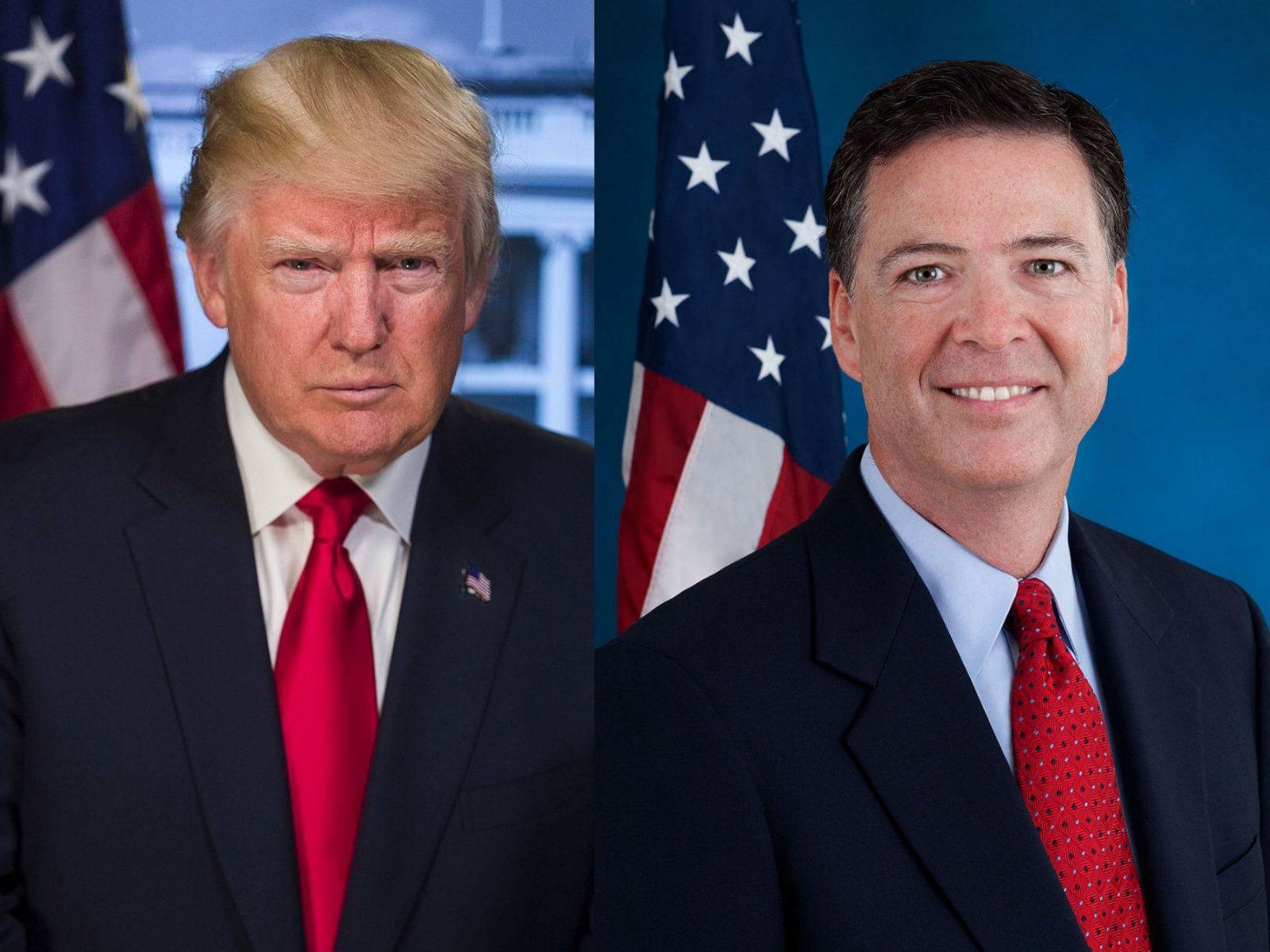 Mr Comey’s handling of the Hillary Clinton email inquiry had been criticised by all sides of the US political spectrum.

Mr Trump’s letter to the FBI chief stated “While I greatly appreciate you informing me, on three separate occasions, that I am not under investigation, I nevertheless concur with the judgement of the Department of Justice that you are not able to effectively lead the Bureau.”

The FBI is currently investigating alleged links between Trump’s campaign team and Russia. Because of the timing, Democrats are questioning the President’s motives in the termination.

2. No Criminal Charges Against Conservatives

The Crown Prosecution Service says there will be no criminal charges against the Conservatives in relation to 2015 General Election spending.

Conservative Party Chairman Patrick McLoughlin said: “After a very thorough investigation, we are pleased that the legal authorities have confirmed what we believed to be the case all along: that these Conservative candidates did nothing wrong.”

3. Labour Could Be Planning To Scrap Tuition Fees

The Labour party are hinting at scrapping tuition fees if they win the forthcoming general election, with both Jeremy Corbyn and Shadow Education Secretary Angela Rayner saying to expect something next week.

Shadow Chancellor John McDonnell was caught on tape last month saying education is “not a commodity to be bought and sold.”

4. New South Korean Leader Is Willing To Visit The North

South Korea’s new president Moon Jae-in has been sworn in, amid increased tensions with North Korea over nuclear testing.

Breaking with previous South Korean policy, Moon Jae-in said he would visit Pyongyang if the circumstances are right. He is the son of North Korean refugees, and has pressed for more dialogue with the North and other world leaders.

“If needed I will fly to Washington immediately,” he said. “I will also go to Beijing and Tokyo and even Pyongyang in the right circumstances.”

German police have carried our raids in four federal states, with the aim of stopping Islamic State terrorism.

German interior minister Thomas de Maiziere said the raids prove that German authorities “are prepared to strike” in the fight against terrorism.