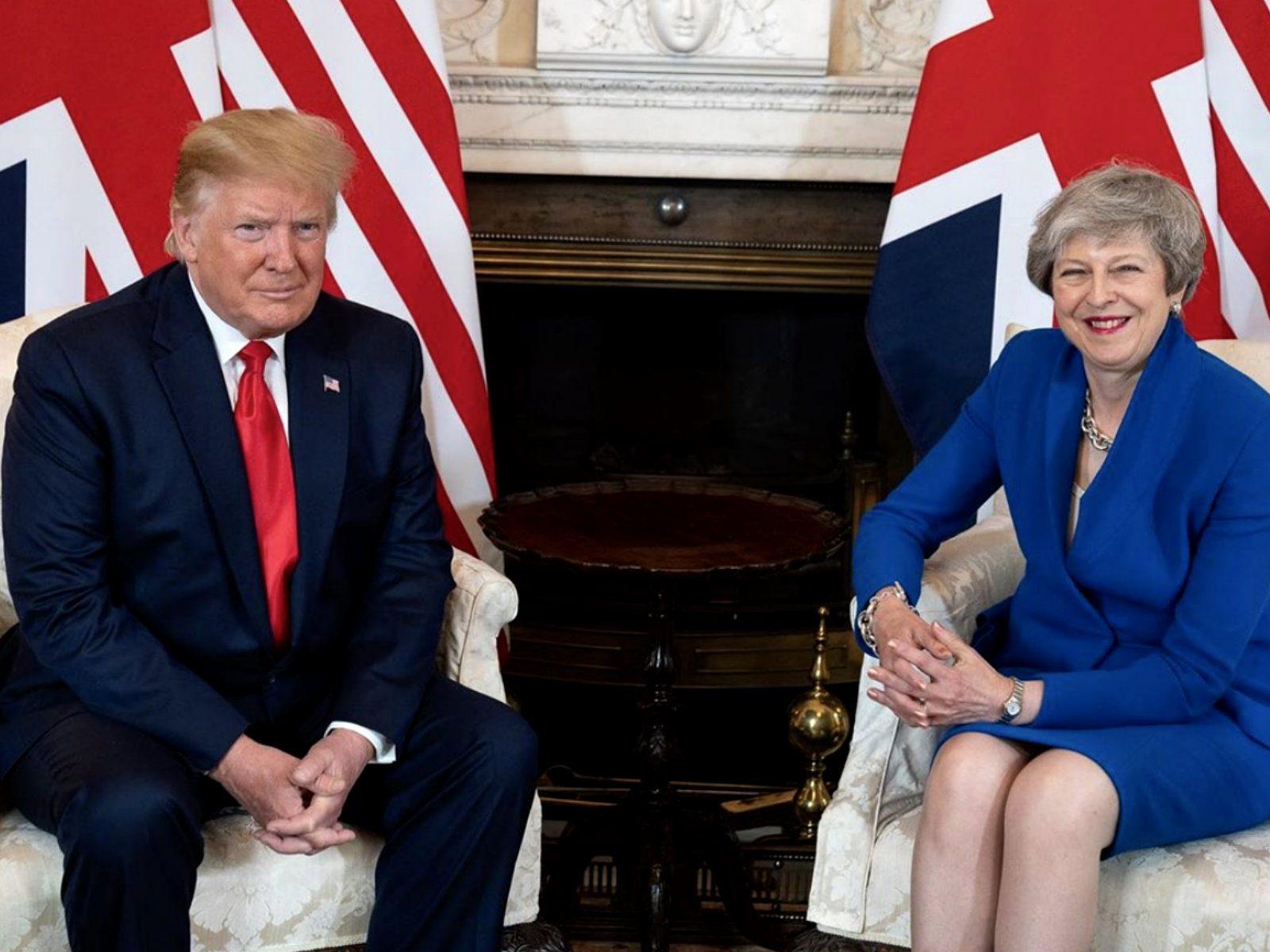 US President Donald Trump visited the UK earlier this month, with the Royal Family putting on a State Visit to honour the special relationship with the USA.

The origin of the visit goes all the way back to January 2017, when Theresa May became the first foreign head of state to visit Trump at the White House. Perhaps looking to forge a strategic advantage, May made the offer of a State Visit. Her Majesty The Queen then considered Mrs May’s request for Trump’s State Visit, and amid controversy it has taken up until now for this occasion to actually be scheduled.

Trump’s visit also coincided with the 75th anniversary of D-Day, and he served as one of the key speakers at an event in Portsmouth to honour the allied war heroes.

There was also perhaps a third purpose to this visit. Did Theresa May make this invitation based on hopes of a UK / US trade deal? With Brexit on the horizon, the potential of a UK and US trade deal is something that has been played up on both sides.

“My Administration looks forward to negotiating a large-scale Trade Deal with the United Kingdom. The potential is unlimited!” Trump tweeted earlier this year.

The appetite for this on the UK side is obvious, a trade deal with the world’s biggest economy could go some way to softening any potential damage caused by exiting the European Union. However, there are also potential drawbacks, with issues such as US chlorinated chicken proving a contentious subject.

President Trump was keen to talk up the prospects of a potential UK/US trade deal. “As the U.K. makes preparations to exit the European Union, the United States is committed to a phenomenal trade deal between the U.S. and the U.K.” he said.

Of course, the practicalities of this wouldn’t be so simple. A trade deal would take time, and it could be the case that Trump won’t even be President if negotiations on a deal go beyond 2020. Talks on such a deal couldn’t even begin until the UK has formally exited the European Union.

“There is tremendous potential in that trade deal — I say probably two and even three times of what we are doing right now,” Trump said during his press conference with Theresa May. He even encouraged her to “stick around” for the deal, which of course isn’t going to happen, with her resignation as PM already confirmed.

The NHS as part of a trade deal

One of the biggest stories of Trump’s visit was the idea that the NHS could be part of a potential UK / US trade deal.

The US ambassador to the UK, Woody Johnson, commented “One of the things he might discuss over these dinners is his repeatedly-stated enthusiasm for a bilateral trade agreement – one which would blow all others out of the water.” He then suggested that NHS contracts could end up being part of the potential trade deal.

However, Jeremy Hunt, UK Foreign Secretary, has denied that NHS privatisation could be a possibility. Matt Hancock, Health Secretary, also rejected the notion.

Trump himself gave mixed messages on the NHS as part of the potential trade deal. In his press conference with Theresa May he suggested it would be on the table. He then backtracked from this in an interview with Piers Morgan, saying that the NHS wouldn’t fall under trade.

On Brexit, Trump reiterated that he predicted the UK would vote leave, and he added that he would have sued the EU and potentially then settled for a deal.

“This is a great country that wants its own borders and wants to run its own affairs,” he said during his press conference with Mrs May.

As part of his visit, Trump held a business roundtable with FTSE 100 chiefs and Theresa May. He told this roundtable “I think we’ll have a very, very substantial trade deal. It’ll be a very fair deal. And I think that this is something that your folks want to do, my folks want to do, and we want to do. And we’re going to get it done.”

The meeting brought together representatives from five US companies and five British firms, including BAE Systems, GlaxoSmithKline, National Grid, and Barclays. Mrs May pointed out that Trump “knows a thing or two about business.”

The next Conservative leader

Despite saying he didn’t know Gove, the two men did meet in 2017 and were meant to meet again during Trump’s visit. Trump did invite Boris Johnson for a meeting, and he talked with Jeremy Hunt as part of the Government’s scheduled meetings with the US delegation.

On the issue of Huawei, Trump believes he will be able to find common ground with the UK. “We are going to have absolutely an agreement on Huawei and everything else. We have an incredible intelligence relationship and we will be able to work out any differences,” he said.

The US wants to bar the Chinese firm from being involved in foreign 5G networks, while the UK is still reviewing the necessary assessments on the security of Huawei’s links with the Chinese government.

Despite being on a trip to the UK, global trade was still at the forefront of Mr Trump’s thoughts.

On Mexico, he tweeted “Immigration discussions at the White House with representatives of Mexico have ended for the day. Progress is being made, but not nearly enough! Border arrests for May are at 133,000 because of Mexico & the Democrats in Congress refusing to budge on immigration reform. Further talks with Mexico will resume tomorrow with the understanding that, if no agreement is reached, Tariffs at the 5% level will begin on Monday, with monthly increases as per schedule. The higher the Tariffs go, the higher the number of companies that will move back to the USA!”

On China, he told reporters “Our talks with China, a lot of interesting things are happening. We’ll see what happens … I could go up another at least $300 billion and I’ll do that at the right time. But I think China wants to make a deal and I think Mexico wants to make a deal badly.”