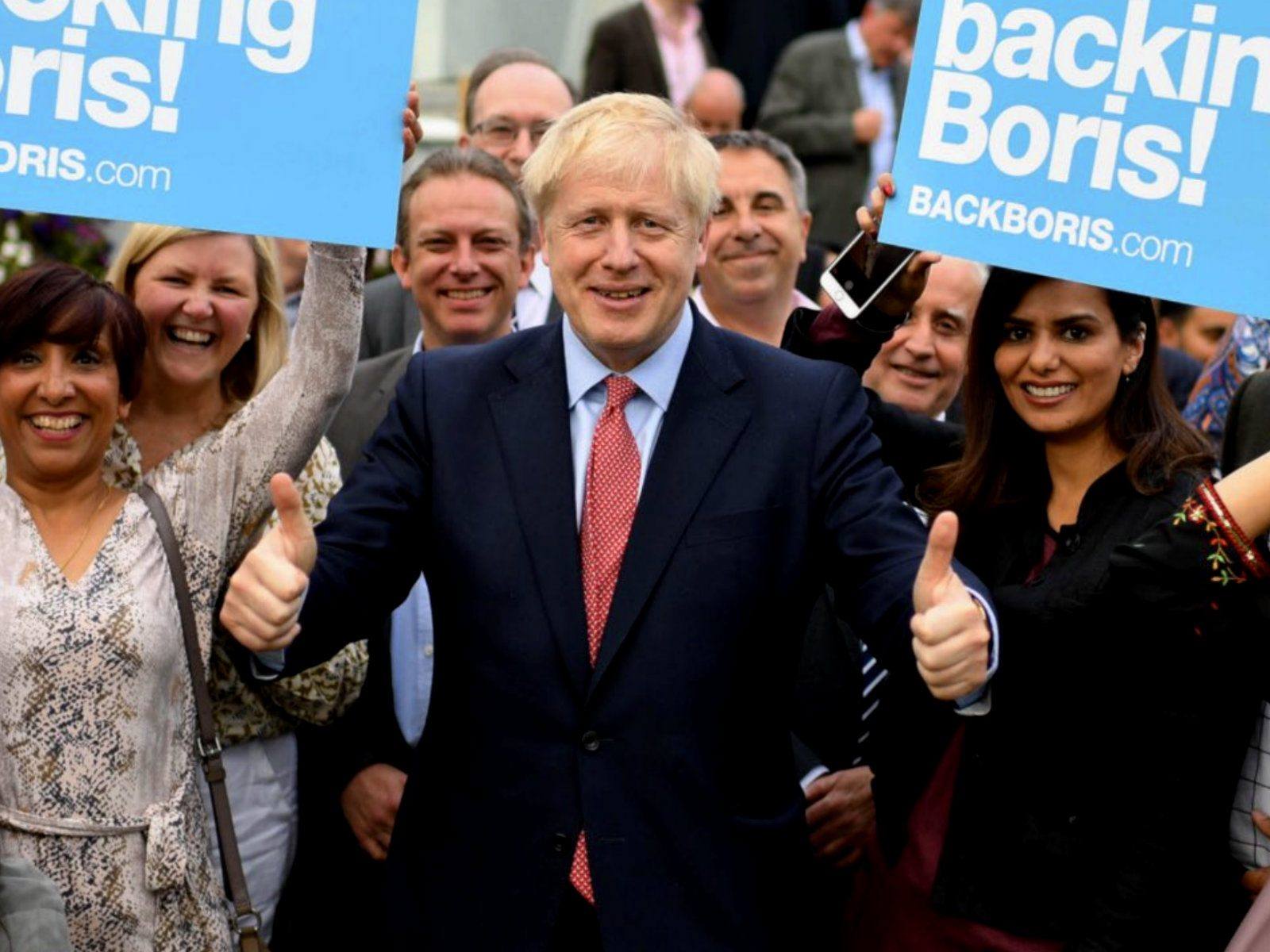 Last year if you’d have said the mastermind behind ‘Boris Bikes’ would be taking the role of Britain’s Prime Minister (PM) you would have been painted mad. However, in a week of record temperatures Boris Johnson coolly walked into 10 Downing Street as its newest resident, taking charge at a time of great reckoning. This comes after a turbulent contest for the Conservative Party leadership following Theresa May’s resignation. Boris Johnson won with a two-thirds majority on Tuesday evening elected on a wave of renewed optimism.

In his first day in office on Wednesday Mr Johnson began with a dynamic re-organisation of the Cabinet in which over half of Theresa May’s previous appointees were either sacked or resigned. This includes Boris’ leadership rival Jeremy Hunt. Key appointments include:

Whilst Boris and his revised cabinet entered parliament discussing themes around the police force, elderly and NHS, the immediate challenge for the new PM will undoubtedly be Brexit; specifically, when and how it will end. When questioned by opposition leader Jeremy Corbyn on this topic, Boris retorted “As you all know we have a momentous task ahead of us … We are now committed, all of us, to leaving the EU on the 31st of October or indeed earlier – no ifs, no buts”.

But is it really that simple?

The UK’s labyrinthine crisis over Brexit has impacted the domestic economy due, mainly, to the uncertainty surrounding its outcome; although we should add, not in the debilitating fashion predicted.

From this point onwards the outcomes for Brexit are mainly categorised as leaving with a deal, no-deal exit or a second referendum, but a multitude of potential pathways exist. To get a sense of the possibilities look at the chart below: 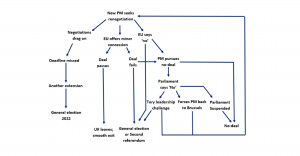 So how can Boris succeed in 97 days where Theresa May could not?

It has been argued that when Theresa May took the helm, she was dealt a bad hand. However, on reflection she was perhaps just the wrong person at the wrong time. Prior to her appointment as PM Mrs May had been very vocal about her desire to remain within Europe, sourcing facts and statistics as to why it was essential for the UK economy to do so. Then, when her time came to commence Brexit negotiations, European leaders knew she lacked conviction giving them the upper-hand. Boris on the other hand enters the negotiations with no such prejudgements. This leaves the EU in no doubt that he is determined to see the UK depart from the bloc.

Mr Johnson, a fervent leave campaigner during the lead up the referendum and subsequently a vocal supporter for leaving the EU appears to have no qualms about implementing a no-deal Brexit if his hand is forced. Entering negotiations with a different, more determined, mindset will provide greater political ammunition than his predecessor, but it does not guarantee anything. Despite establishing his no deal credentials, the new PM has said leaving with a deal is “preferable” yet planning for a no-deal Brexit is of a “top priority”. Whether the EU takes him seriously is not known. One US investment bank, JPMorgan, raised the probability of a no-deal Brexit from 15% to 25%. This estimate still makes it a fairly low probability and a no deal is still considered to be the less likely outcome.

Ultimately, it appears that Boris Johnson is firm in his desire to leave the European Union by the October deadline. Whether this is through a revised deal or no-deal at all, only time will tell. His prior stance in favour of leaving now backed by a cabinet with similar views is a potential game changer. The prize associated with getting a negotiated settlement is big. In a rational world this would help deliver a good outcome. On this basis there is still hope that shared interests in getting this settled will prevail. Meantime, one thing is certain, the media will lap up the uncertainty and whip up hysteria on an even grander scale.