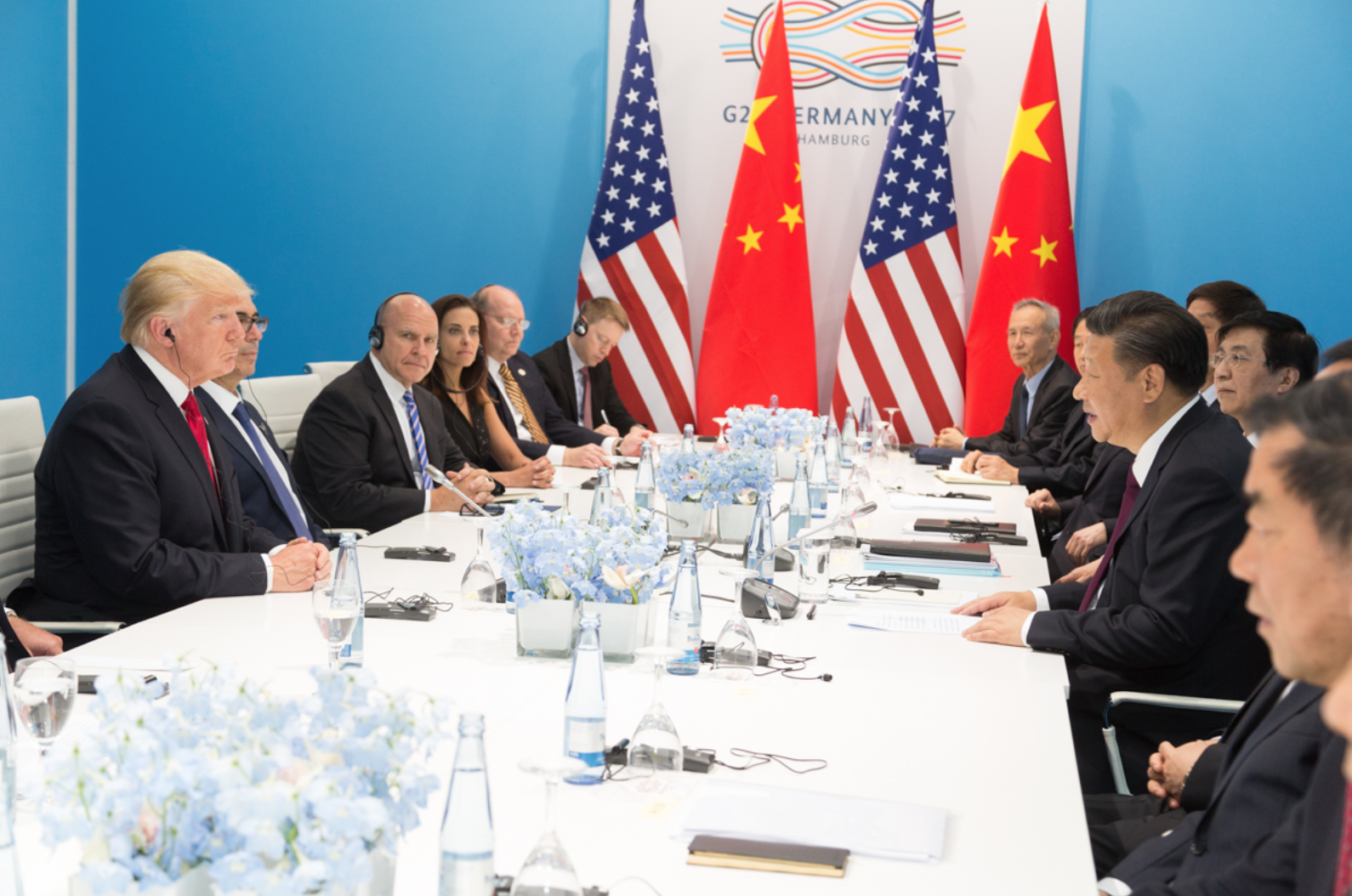 For nearly two thousand years the ancient trade routes of the Silk Road connected Europe to the lucrative markets and unique goods of Imperial China. An early example of the benefits of globalisation. However, in the 15th century China started to turn inward, shutting itself from the rest of the world.

Modern China is however an altogether different proposition. It’s recent accession to Superpower status is driving it to recreate a modern equivalent of the Silk Road, the so-called Belt and Road Initiative (BRI), raising the concern of the United States and other Pacific powers.

Regular readers may recall the BRI initiative because we have written about this subject quite a few times. The BRI is aiming to improve vast swathes of infrastructure for participating nations with investment primarily targeted at emerging market economies within South-East Asia. In doing so the Chinese government is also ratcheting up trade in goods and securing essential supply lines for commodities and food. After all, how else can you cater for the demands of 1.3 billion people?

By way of a reminder here are some of the important aspects which characterise China’s distinctive approach to trade, depicting both scale and influence:

China’s commitment to the initiative is not just financial. The ruling Communist party amended their constitution to enshrine the BRI, underscoring the strategic value of the project.

The audacity of the BRI’s vision has prompted Western governments to attempt to respond in kind. They recognise that a failure to respond will potentially weaken their own strategic interests and influence across the region. The response is being led by the US who are currently engaged in a trade war with China and challenging China’s claims to territorial rights over the entirety of the South China Sea, which are contrary to international law. Thus the so-called ‘Blue Dot Network’ (BDN) has emerged representing a fresh competing vision from the US and its strategic partners.

What is the Blue Dot Network and how does it differ from the Belt and Road Initiative?

Announced this month the BDN is being billed as the US’ answer to Belt and Road. It is a tri-lateral partnership made up of the United States, Japan and Australia, but unsurprisingly the impetus is being driven by the US.

It is early days, but the programme differs in 2 significant ways from the BRI.

Both BDN and BRI operate with a very strong focus on infrastructure investment in South East Asia. This is the battleground for supremacy between China and the US. However, it is not just the US and China who are involved. Other governments are recognising that Asia is becoming an increasingly pivotal region for the global economy.

The extent of Asia’s dominance is becoming increasingly evident. Economists provide us with a picture by stratifying economic activity by region, equalising comparisons to make them relevant over time. The process they adopt for this is referred to as Purchasing Power Parity (PPP) – see Graph 1. 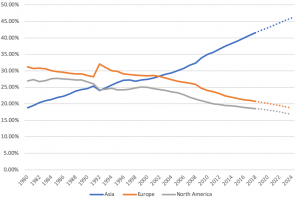 The chart above produced by the IMF is a prime example of how to visualise and measure the share of all goods and services consumed globally. The aspect is split regionally, Europe, Asia and the US.

The solid lines show how Asia is participating in an increasing share of economic growth, responsible for 41% of all goods and services consumed globally, based on 2018 prices.

The dotted portion of the lines are even more revealing. Asia’s growth rate is outstripping the US and Europe and by 2024 it will account for almost half of all global output. This shows why the Brexit debate is important. An inability to participate directly in higher growth areas may be something the UK laments in the future.

It also partly explains relative recent policies by successive US administrations. For example, the Obama administration pursued a much publicised ‘pivot to Asia’ attempting to forge economic alliances through the Trans-Pacific Partnership (TPP) trading agreement. Although stopped by Trump as part of his America First policy, the Blue Dot Network is a variation of the same theme. The US and the West must attempt to re-engage to secure markets for Western economies in a strategically viable region. Inevitably, Chinese ambition will grind against the established Pacific interests of the United States and its allies. Therefore, it will be interesting to watch and comment upon as the strategies unfold.

The West has been slow to respond to the Belt and Road initiative pursued by China.

A response, led by the US, is emerging. It is being termed the Blue Dot Network or BDN.

Growth across Asia is dominating the global landscape.

As part of an integrated inward-looking EU the UK’s influence globally could be curtailed.