Could Theresa May Still Affect Your Investments? 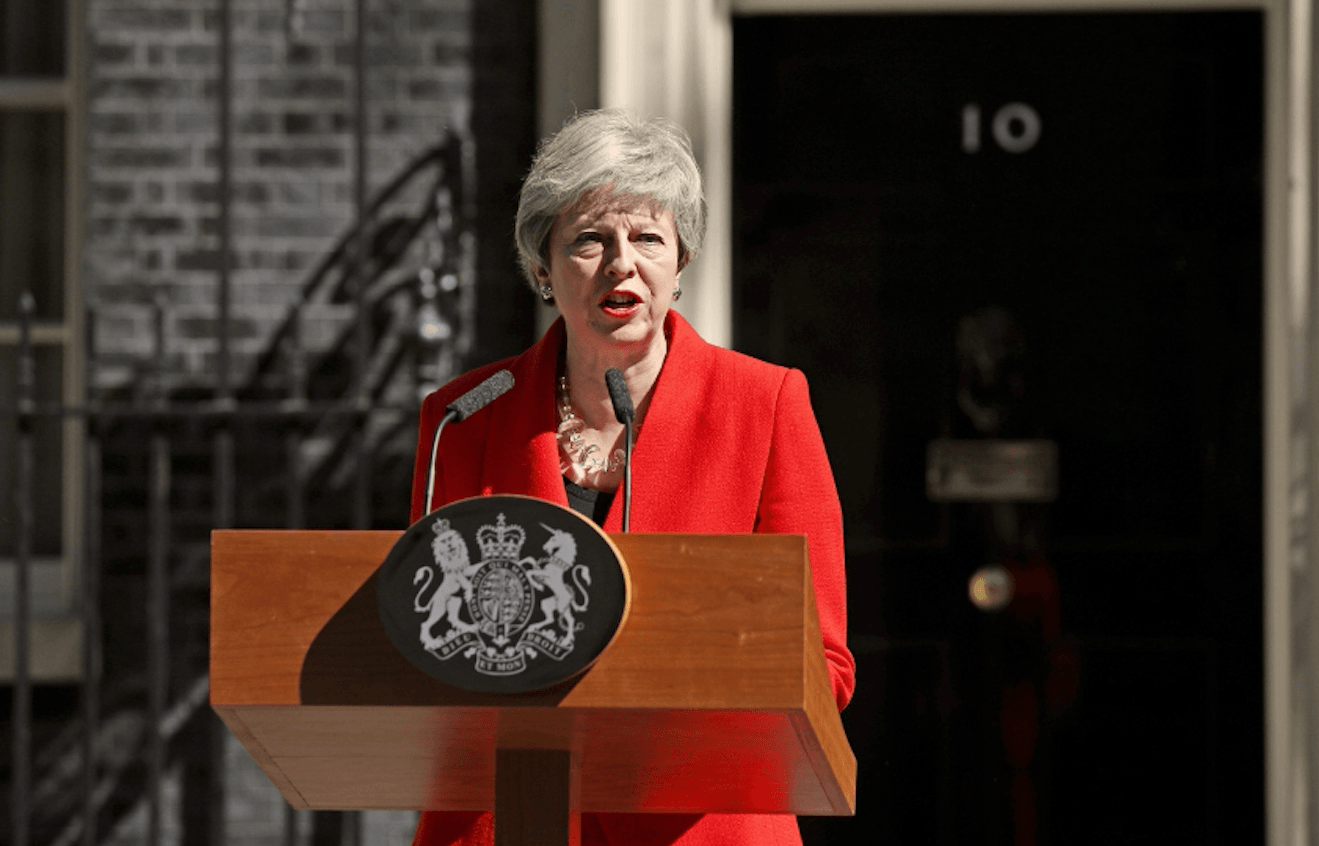 May 2019 marked the three-year anniversary of Theresa May’s appointment as Conservative party leader. Unfortunately for her, it also marked the end of her embattled tenure.

Unable to effectively navigate the rigours of leaving the European Union, Mrs May’s authority within her own party and in the face of the opposition had become untenable. Three times she brought to Parliament the Brexit deal she had negotiated with the EU, and three times they rejected her.

Unable to effectively lead, Mrs May announced in May that she would resign as Conservative leader on 7th June. A new Conservative leader will be determined in due process, with Mrs May remaining as a caretaker Prime Minister until the new appointment is confirmed later this year.

That new party leader will also be our next Prime Minister. In this article, we’ll look back at May’s term in office and dig into how the process to elect a new leader might affect your investments.

What did May achieve in her three years as PM?

Mrs May’s demise has been caught up in a whirlwind of negativity, so it’s easy to forget that when she first became Prime Minister she had a 48% approval rating, making her Britain’s most popular politician. Her main mission was clearly the terms of the UK’s exit from the EU, but she also set out priorities to fight domestic “burning injustices”[1] in the UK.

Looking to seize on her popularity, and the perceived ineffectiveness of Labour leader Jeremy Corbyn, Mrs May called an election for June 2017. On the face of it, this was a sound strategy; sweep aside the opposition and set up a commanding majority to effectively deliver the aims of government.

What actually happened was the complete opposite. Theresa May lost the majority she had inherited from David Cameron and had to form an alliance with Northern Ireland’s DUP to stay in power. Jeremy Corbyn’s Labour were strengthened, and you could argue that Mrs May never fully recovered her authority. Alongside her failure to deliver a Brexit deal, the 2017 election is Mrs May’s standout failure.

Still, there have been achievements. As Mrs May departs, she can point to UK earnings growth at a ten year high [2]. As for the employment rate, it is at a record high, with unemployment at its lowest point for over forty years [3]. And as she pointed out in her resignation speech, “the deficit is almost eliminated, our national debt is falling and we are bringing an end to austerity”[4].

Mrs May also used her speech to talk about additional funding she made to mental health in a long-term NHS plan, and work done to protect the environment.

Theresa May ceased to be Conservative leader on 7th June, but remains a caretaker Prime Minister until a replacement is found.

Beyond that, we still have Brexit, which is currently heading for a no deal exit on 31st October. There’s also the Labour party calling for a new general election. There will be much for the new leader to resolve.

How could this affect your investments?

With the change in the UK’s leadership, there is uncertainty. That’s why it makes sense to diversify your investment, which means all of your eggs aren’t in one basket.

Investing globally, such as through the True Potential Portfolios, means you make the most of opportunities to both reduce risk and maximise returns around the world. While it may feel like the Conservative Party is dominating the UK news cycle, it will have a relatively small footprint in global news.

Remember, when you invest for five years or more, you have time to ride out any short-term volatility. The change in leadership may be positive for markets, there is really no way of knowing, which is why in this uncertainty it makes sense to be globally diversified and invested for the long-term.