Economic Reopening and Reasons for Optimism 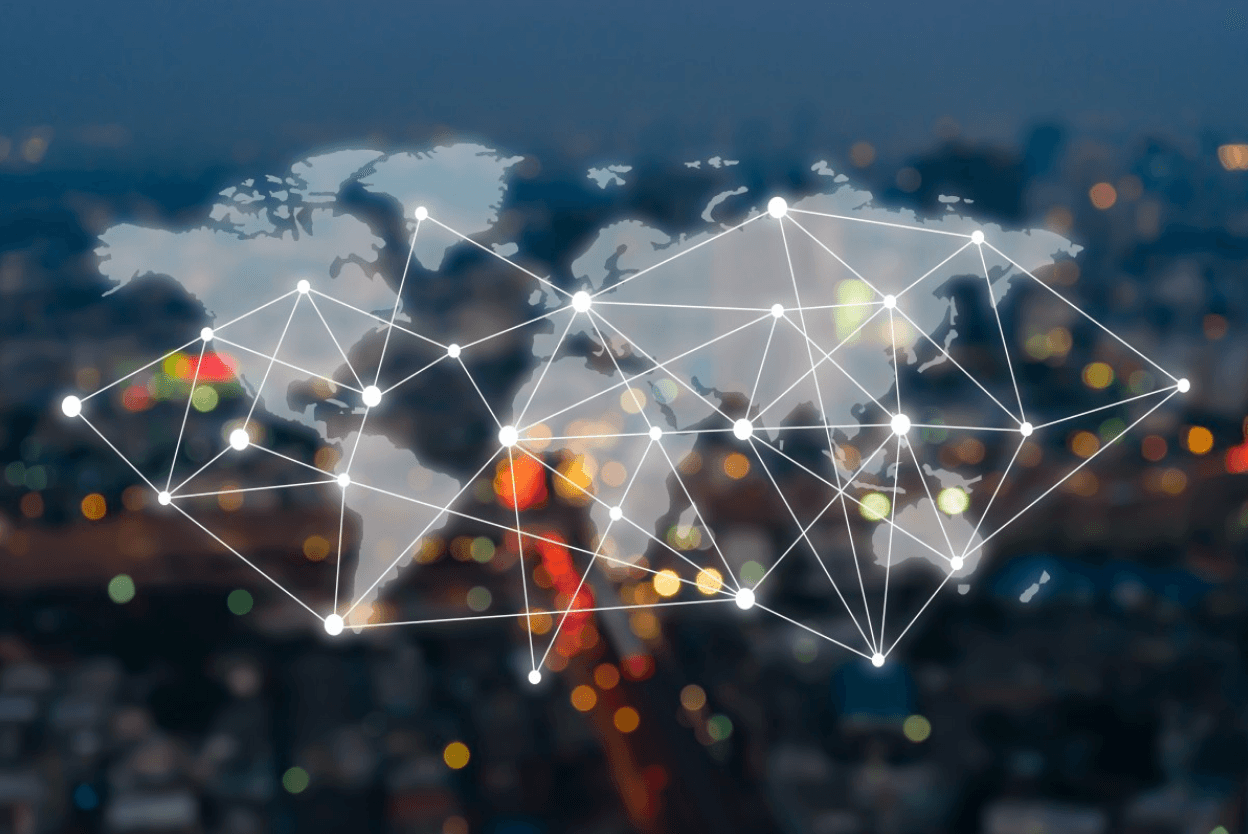 The combined weight of the American and Chinese economies account for almost half of global gross domestic product (GDP). Whatever happens in these monster economies bears an influence on the UK and the world economy more generally.

With world economic growth subdued by COVID-19 induced lockdowns, attention must be paid to signals emanating from economies that are beginning to open up. The positives of economic reopening can get lost amid continuous negative news bulletins. For example, we hear about individual states in the US where new cases are ticking up and that a new outbreak in Beijing is underway. However, apart from a few countries in Latin America, the overall trend in new cases is declining, and economic recovery is the prize for successful unlocking. On this score, we are hopeful. We are witnessing rising Chinese production of goods, and US consumer spending is picking up again, admittedly both from a low base.

Below we look at recent data points suggesting both economies are beginning to turn the corner.

The most striking sign of a positive data point emanating from the US over the last week has been in US retail sales in May, which rose +17.7%. The upward turn observed in May followed a record decline of -14.7% in April and exceeded expectations of +8.4%. A massive improvement.

Graph 1 below displays this rapid month on month resurgence in spending, and the V-shaped trajectory of the measure. 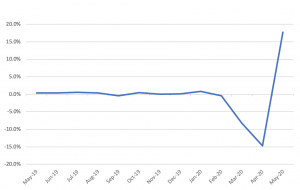 As we have mentioned before, US consumer spending accounts for around 70% of US Gross Domestic Product. The headline figure of +17.7% is a welcome sign. Dig beneath the surface, and the news is even better, with purchases of discretionary and ‘Big Ticket’ items enjoying disproportionately large increases from prior monthly levels. For example, purchases of new cars rose by +44% over the month, while purchases of furniture, electronics, clothes and sporting goods increased by +90%, +51%, +88% and +188% respectively.

While it is never optimal to use short-term data points as irrefutable evidence of a trend, the background support offered by monetary stimulus and fiscal support is undeniable. The stimulus enacted by the CARES Act is reaching its intended targets, cushioning the incomes of US workers through supplement payments of $600 per week. At the very least, the upward turn in retail sales suggests consumer sentiment remains buoyant despite COVID-19.

Some provisions of the CARES Act are due to expire at the end of July. However, there is a clear resolve from the US government to restore the economy to health. On this basis we believe additional fiscal support to households will be forthcoming, if needed, enabling continued upward momentum in overall US spending. An extra round of stimulus should close output gaps and act as a springboard for renewed optimism.

While the growing consumer appetites support recovery in the US, optimism for Chinese economic prospects centres around growing industrial production.

According to the National Bureau of Statistics, value-added industrial output grew by +4.4% year on year in May, an increase from April’s rate of 3.9%. Impressively, Chinese car production registered an annual increase of +11.3% in May, contrasting sharply with the -4.5% rate in April.

Chinese monthly retail sales increased marginally by 0.8% in May, a small recovery but there was a glaring rate of improvement observed in Chinese car sales which rose by +14.5% in May from a year earlier. This upswing builds on April’s year-on-year growth rate of +4.4%, which brought an end 21 months of continuous declines.

Rising auto-sales reflect the level of stimulus directed toward consumers by Chinese authorities, with extensions to tax breaks and subsidies. Additionally, large cities have been encouraged to loosen the number of car registrations available. Sales of foreign brands have outstripped purchases of domestic manufacturers, neatly displaying the opportunities for western firms in the world’s largest car market.

The mere fact of growth in key economic indicators of the world’s two largest economies, is a cause for celebration. Especially encouraging are the rebounds observed in the appetites of both markets’ consumers. If sustainable, the trajectories witnessed in May palpably improve the prospect of a revival in the rate of global economic growth.

It would be remiss not to recognise the risks. At the same time, we should remember that life rewards courage.

So, what that are the risks inherent in reopening economies amid a pandemic?

Risk 1 is, without doubt, the most arduous challenge. However, governments are better prepared than they were at the outbreak of the crisis. Indeed, NATO (whose members include the UK) announced this week plans for stockpiles of medical equipment, increased funds to acquire medical supplies at short notice and coordination action to deliver both to members of the Alliance.

Meanwhile, authorities have deployed new strategies to combat the number of new cases in Beijing. They have reacted quickly and implemented targeted measures to locate new patients by using data from smartphones. While not advocating the benefits of authoritarianism, China’s one-party dictatorship gives its leadership more latitude to implement measures quickly to quash the spread of the pandemic.

Risk 2 is not something to dismiss either. Still, reports from Washington suggest the Trump administration is considering launching a $1 trillion new stimulus programme for infrastructure projects, taking advantage of low government borrowing costs. Low-interest rates for US Treasuries will reduce funding costs and create more headroom for deficits to expand. With elections for the US Presidency and Congress coming into view, the prospect of bipartisan cooperation is increasing.

The confluence of China’s resolve to repress a new spread of the virus by almost any means and prospective democratic pressure from US citizens should ensure the reignition of the global economy’s keystone players.