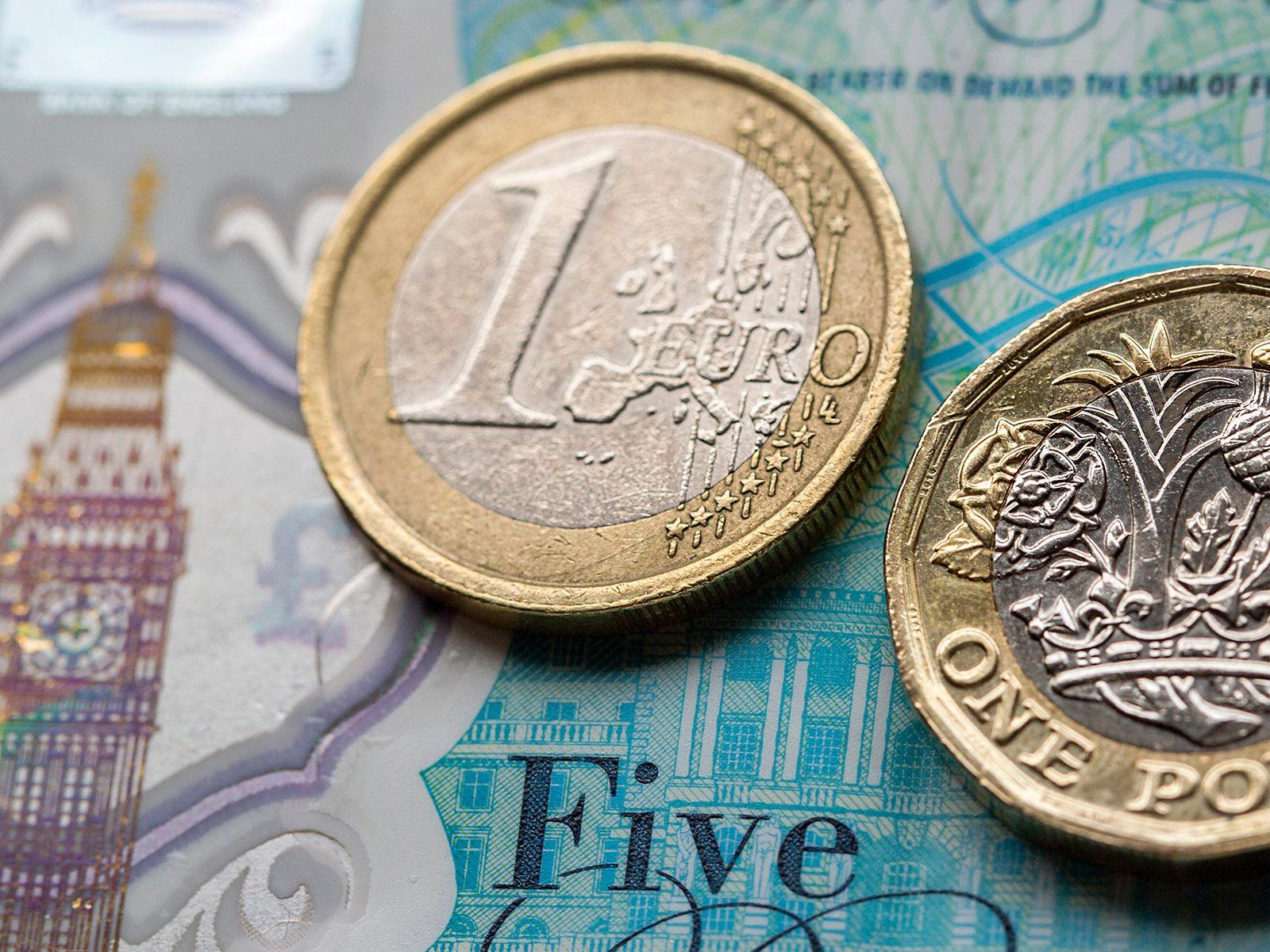 On Thursday, the European Central Bank (ECB) announced that from January its quantitative easing (QE) bond repurchasing programme will be reduced from a rate of €60bn-a-month to €30bn-a-month for an initial nine-month period. Interest rates will remain unchanged with the main refinancing operations and marginal lending facility held at 0.00% and 0.25% respectively.

The QE programme, that has seen two trillion euros of bonds purchased so far, was introduced to fend off the threat of eurozone deflation and help boost employment. Inflation – currently at 1.5% is below the 2% target with ECB President, Mario Draghi forecasting that it will “temporarily decline towards the end of the year” because of energy prices. Mr Draghi also declared that economic growth in the eurozone continued “unabated” with an upswing in business investment, construction investment and eurozone exports all benefitting from growth in the global economy. The ECB stated that if financial conditions deteriorated, adjustments to the size and/or duration of the asset purchase programme would be possible.

Mr Draghi hammered home that the ECB will continue to reinvest the stock of existing assets bought under QE since 2015. There are, therefore, no plans to start cutting the size of the programme just yet – something the US Federal Reserve is about to commence. Following the announcement, the Euro fell 0.5% against the US dollar reaching $1.1758, with European government bond prices sent broadly higher, on lower yields. 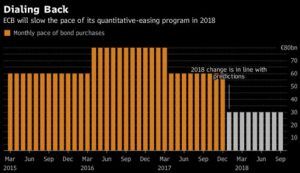 The third quarter earnings season, a key event in the investor’s diary, is under way. The importance of such an event is that it can provide an insight into the general economic health of a country. Meeting or surpassing expectations most often leads to a surge in a company’s share price. Failing to meet forecasts can be a painful experience for investors.

As we write this just over half of the US companies within the S&P 500 have already reported their Q3 earnings with over 200 companies yet to release their figures. Although the full set of data is incomplete, we can, nevertheless, form an initial impression of where companies are heading. Over 80% of reporting companies have beaten earnings expectations, with technology and health care companies doing particularly well. US tech titans, such as Alphabet, Microsoft and Amazon all reported healthy numbers. Amazon, a standout performer, reported an $11bn increase in revenue to $43.7bn compared to the same period last year, propelling profits up to $256m, ahead of expectations.

There will, inevitably, be some which disappoint investors and AT&T and AMD, the software company, reported lacklustre results. However, so far, the results reported have been better than expected.  We will provide a more complete note on US earnings once all companies have reported.

Shinzo Abe Does It Again!

Prime Minister Shinzo Abe was re-elected in the Japanese General Election on Sunday, securing a two-thirds parliamentary majority that gave a fresh mandate to ‘Abenomics’. The prime minister risked bringing an end to his long winning streak when he decided last month to dissolve the Lower House of Diet (parliament) 14 months early.

Following the announcement of the snap election, the governor of Tokyo, Yuriko Koike, formed a new political party – Party of Hope- to challenge Mr Abe’s Liberal Democratic Party (LDP). An initial surge in the opinion polls, partly reflecting allegations of cronyism against Abe, suggested that Koike’s new party could pose a real threat to the established LDP. Despite the LDP retaining a two-thirds majority, it was hardly a ringing endorsement of Mr Abe, with turnout the second lowest since the second world war and many voting for the LDP through fear of change.

Mr Abe partly has North Korea to thank for attracting voters who toyed with casting their ballot elsewhere.  Abe is looking to pursue his long-held ambition of revising Article 9 of the pacifist constitution to allow Japan flexibility to use armed forces like a normal country.

Continuity was key for the financial markets which reacted positively to the news. While the Japanese yen fell to its weakest level against the dollar since July amid expectations of a continuation of ultra-loose monetary policy by the Bank of Japan. The Nikkei Stock Average posted gains for a 15th consecutive session, finishing up 1.1% to 21,695, its highest level in two decades.

Aggressive economic policy since Mr Abe’s first election victory in 2012 has delivered Japan’s strongest labour market since the mid-1970s. There are some accusations that Abenomics has failed to generate sustained inflation but it has provided easy credit that in turn has facilitated corporate restructuring. It has also caused the yen to depreciate, giving exports a boost. Meanwhile, policies like the new corporate governance code, agricultural reform and support for women are expected to have significant effects on economic growth.