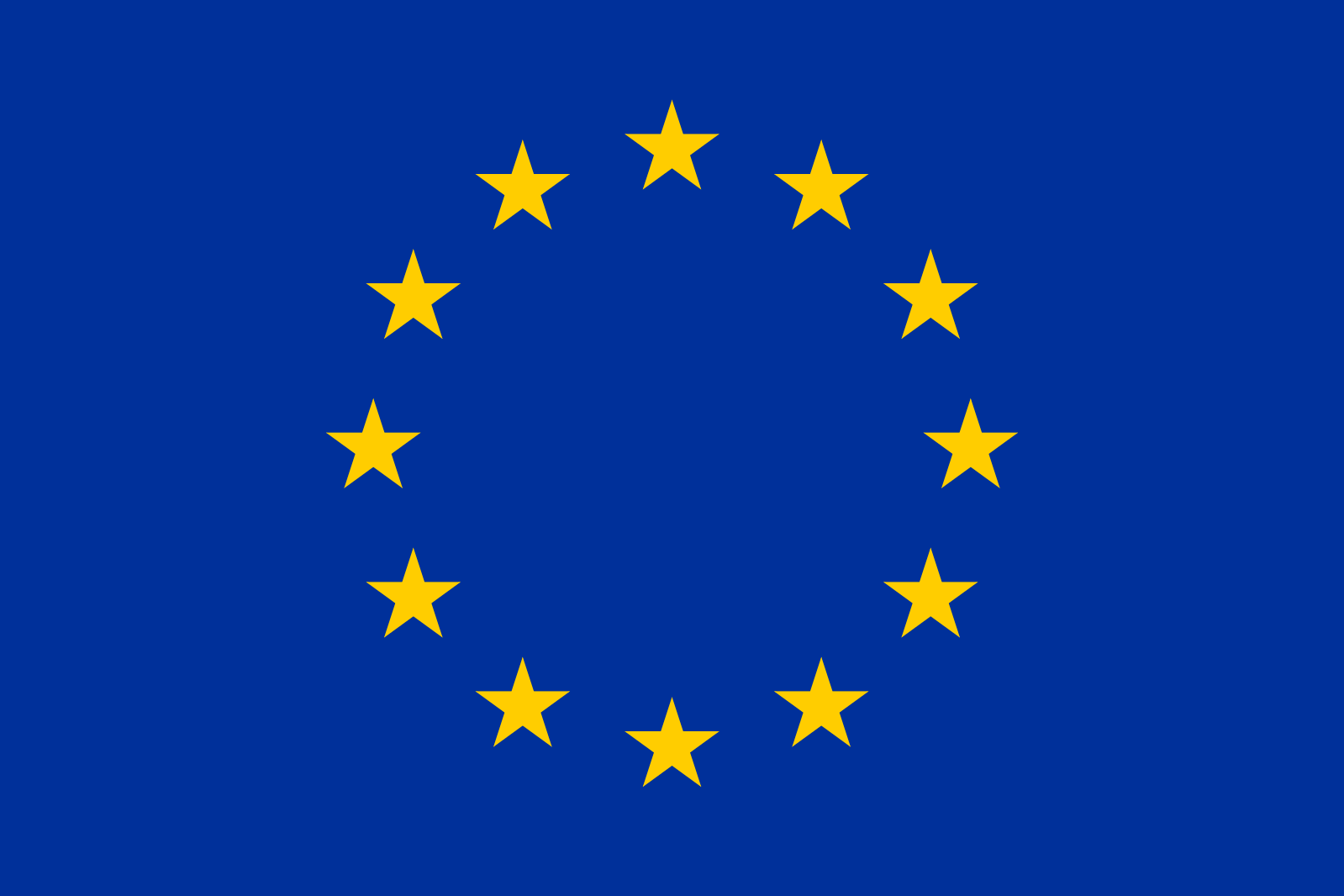 After a very slow and faltering start, vaccinations across the European Union are accelerating. This offers hope for the easing of restrictions to be sustained and at the same time can provide greater support for future economic activity.

To date 58% of the adult population in the EU and European Economic Area have received at least one vaccine jab. This puts them ahead of the US for the first time.

The graph below further illustrates the improvement in EU vaccine doses administered and shows where they stand internationally. This vaccination surge is at last some positive news for the EU’s roll out! As we shall discuss further in more detail.

Chart 1: The EU Vaccination Drive is Catching Up
(Share of People That Have Received at Least One Dose of COVID Vaccine)

Having experienced a sluggish vaccination effort and faltering activity, the EU economy is now on the front foot again. It is showing good momentum and set to experience its fastest growth in decades. Forecasts for the EU over the next couple of years are being supported by a high and increasing vaccination rate. This will hopefully ease EU countries toward ending all restrictions as a result.

The European Commission expects EU growth to expand 4.8% this year and 4.5% in 2022. France is set to record the fastest economic growth rebound compared to other large EU economies; this despite initial high levels of vaccine hesitancy. French citizens are now rushing to get vaccinated because the French government are putting debatable restrictions in place for those remaining unvaccinated.

By the end of this year levels of output for the EU are expected to return to their pre-pandemic levels (2019-Q4), a quarter earlier than expected. Activity across all sectors is improving, particularly in services and travel which is vital for many countries within the EU.

The travel industry is however a long way from full health, but hope is on the horizon. Survey data indicates that desire for travel increases significantly when people are vaccinated, and an EU recovery fund has been set up to provide help for countries like Spain that have a high dependency on tourism.

GDP growth forecasts for the EU’s largest economies in the coming year and beyond look encouraging. Output (measured by GDP) is forecast to exceed the level of output produced before the pandemic hit (rebased to 100 in the chart below). The German economy is at the forefront having a larger and better functioning manufacturing sector. Manufacturing held up better than many service sectors during lockdowns. 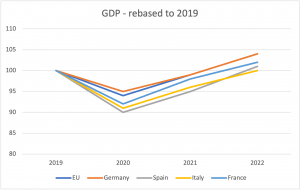 Looking at Manufacturing in More Detail…

Manufacturing activity gauged from survey data – see chart 3 below – has been positive for some time. A reading above 50 indicates expansion and numbers rising and falling captures the prevailing mood. The data in our chart shows that confidence is growing with manufacturing businesses getting more orders and increased business. Confidence is assisted by higher vaccination rates and the re-opening of economies in recent months. We also know from digging below the data that exports are rising sharply and new orders are at record levels.

Confidence surrounding the future outlook for manufacturing remains high albeit it may be peaking. Even if the number falls, growth will be taking place provided it remains above 50.

Vaccine Disparity Across Europe Needs To Be Addressed…

The vaccine rollout in the EU is on the rise, but the number of vaccines administered from country to country varies enormously. For example, 168 doses per 100 people have been administered in Malta compared to just 69 per 100 in Latvia. Granted, the disparity is less pronounced among the larger nations. The numbers for Spain, Germany and France are 116, 107 and 103, respectively. For context, the comparative number for the UK is a striking 124.

Convincing reluctant citizens to bite the bullet and get vaccinated is still a complicated issue for the EU; now more than ever with the Delta variant making its way around the continent. To counter this, some countries are being more forceful. Italy and France, for example, have opted to restrict freedoms for the unvaccinated, and have seen vaccination rates subsequently soar.

One thing is sure. Further acceleration in the distribution of vaccines amongst all member states will add billions to the EU economy and will vitally protect the livelihoods of its citizens.

EU Economic output is set to exceed pre-pandemic levels, possibly by the final quarter of 2021.

The EU travel industry is recovering gradually but the manufacturing sector is set for further above trend growth as economies reopen and vaccination rates rise
Increased vaccines administered offer hope that growth will be sustained beyond 2021, and at a high level. The delta variant remains a threat but countered by higher vaccination take up rates.