ISA’s 20th Birthday Part 1 – The History of the ISA 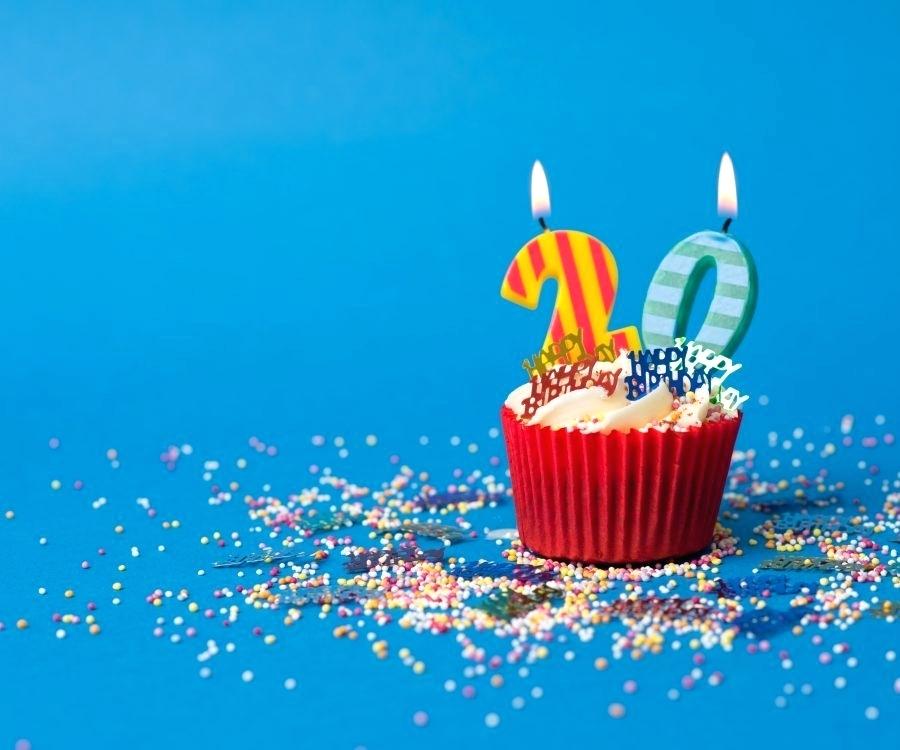 Welcome to the first of a series of celebratory posts for the 20th birthday of the ISA. We will start at the very beginning.

The year of 1999 also saw Gordon Brown as Chancellor, and it was the year that he launched the Individual Savings Account. There you have it, the birth of the ISA.

Twenty years ago, the ISA annual allowance was only £7,000, and it remained in this underwhelming position of stagnancy for 9 years. At this point, not many people had faith in the concept of an ISA. The first official development was in 2007, when the Chancellor announced that Britons would be able to put an extra £600 a year into a Cash ISA savings account and an extra £200 into a Stocks & Shares ISA as of April 2008. Although these changes were small, it was at this point that the annual amount began to experience consistent growth.

As each tax year went by, the annual allowance went up until it reached £20,000 in 2017 and it has remained at this figure ever since.  To compare retrospectively from 1999 to 2019, the allowance has increased by a total of £14,000. To put this into perspective,  if you were to spread your yearly allowance equally, the monthly contribution in 1999 would be £583, whereas now it would be £1666.  Although at points, the development was slow, if the annual limit had simply risen in line with consumer price inflation, it would only stand at around £11,200 today, according to the Financial Times. Not only has the allowance grown, but it has exceeded expectations.

The table below illustrates how the annual amount has changed and increased over the last 20 years. 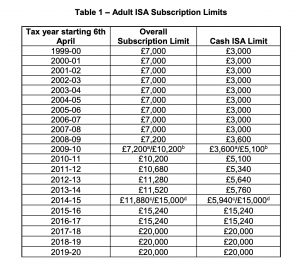 The ISA started out as a simple tax-free savings scheme and its original purpose was to replace a number of different accounts, such as the Personal Equity Plans (PEPs), Single Company PEPs and Tax-exempt Special Savings Accounts (TESSAs).  When the ISA was first released, it came with a restrictive lifetime limit of £50,000 tax-free savings, which would mean that if this rule still stood, those who contributed today’s maximum annual amount would hit their life-time limit in less than 3 years. This demonstrates just how much this savings instrument has evolved.

It comes as no surprise that ISAs have become a national favourite for the structural needs of personal finance. According to The Times ‘Over the past 20 years savers have put £870 billion into ISA’s and saved an estimated £30 billion in income tax’. The tax saving is the dominant benefit which distinguishes the ISA against alternatives.

Although ISAs were not the pinnacle of popularity when they were first introduced, in the 2009/2010 tax year there was an increase in investors and savers opening ISAs, a huge 15 million in total. The popularity never seemed to wane, and according to data from 2019, 2.2 million people in the UK were subscribed to a Stocks & Shares ISA account.

Additionally, when the ISA was first born, there were only two different types compared to the six we have now. The ‘Help to Buy ISA’ is a government backed scheme to help first time buyers climb onto the properly ladder and is one example of how the fundamental properties of an ISA can transition to other markets for a different purpose. Other ISAs you may be familiar with would be a LISA (Lifetime ISA), IFISA (Innovative finance ISA) and the JISA (Junior ISA).

The original ISAs are the Cash ISA and the Stocks & Shares ISA. Come back and read Part Two of our 20th Birthday ISA celebrations to find out which one might be right for you.