Italy’s rise of the populist 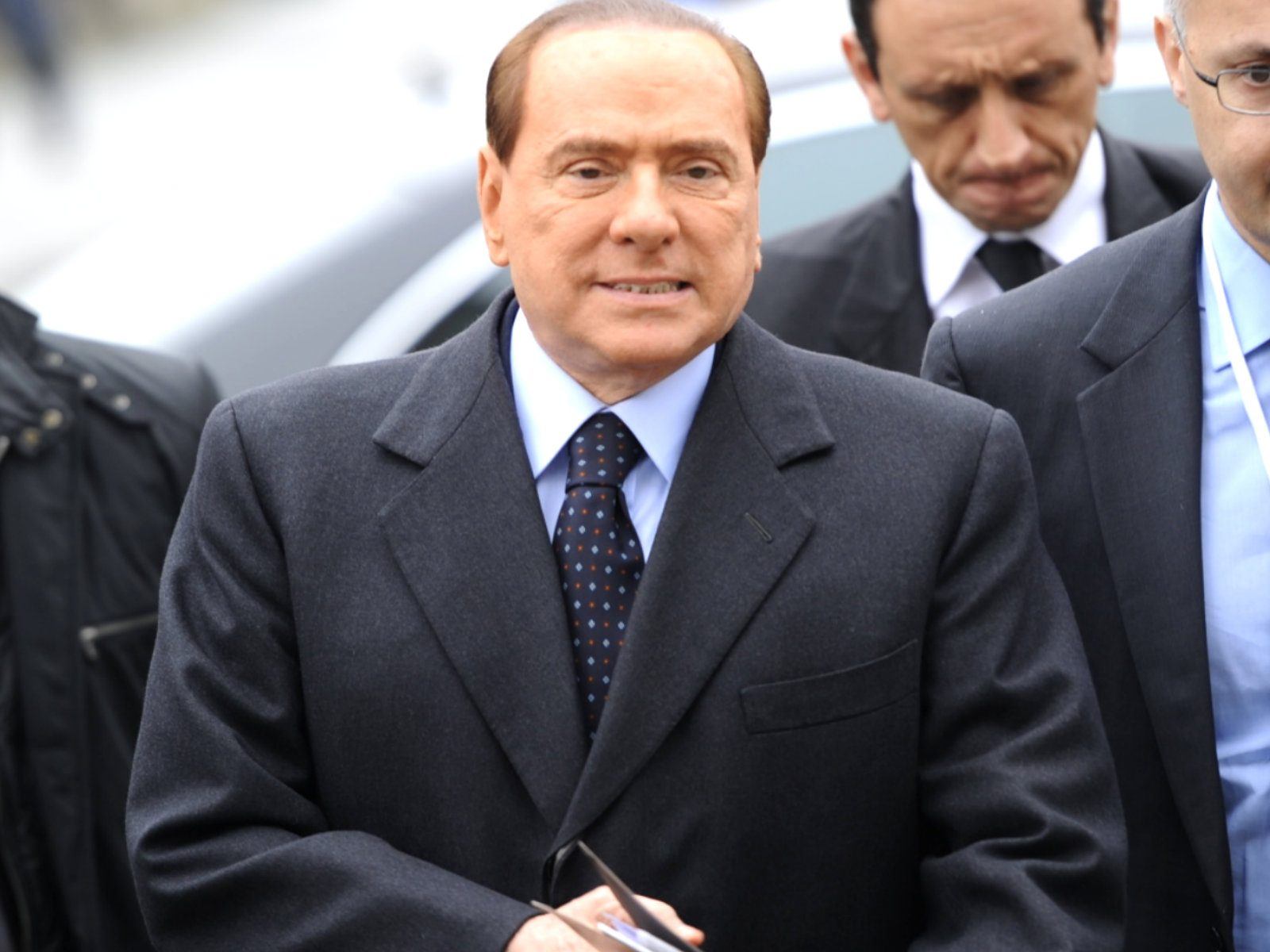 2017 was a year littered with European political events ranging from parliamentary elections in the Netherlands, to Catalonian turbulence and of course Brexit. All have captured the attention of financial markets, primarily due to concerns about the rise of populist parties and the implications for continued cohesion of the European Union.

Over the last week we have seen yet more changes. Political negotiations in Germany proved successful with Angela Merkel once again able to form a coalition government. Shortly after this was announced it was the turn of the Italians to vote for their next leader. With 65 governments in the past 73 years, Italian politics is never far from the public’s attention.

Political parties debate their policies and opinions trying to capture the voter’s imagination for what the future could hold. In Italy, sluggish growth, high indebtedness, high unemployment and large numbers of refugees and migrants were all key issues.

Italy accepted a large influx of refugees and migrants last year, more than any other Mediterranean country. Despite being the fourth largest European country by economy and population, Italy has suffered from endemic social immobility. This has contributed to Italy having the third-highest level of unemployment in the Eurozone (11%) and the second-worst debt burden after Greece. This backdrop provoked a backlash against the more traditional and established political parties.

Who are the key players?

Five Star Movement – an anti-establishment party which stands to revise, the “Dublin regulation” under which refugees must seek asylum in the first EU state they reach. They seek alternatives to the Euro and oppose austerity measures.

Forza Italia (Go Italy) – Centre Right party with Silvio Berlusconi, four-time prime minister as leader. Whilst unable to take office and despite a 4-year prison sentence he remains popular among voters. The party has a coalition agreement with the Lega party. Berlusconi campaigns to deport the influx of illegal migrants and take control of regulation.

Lega (Centre Right) – strongly anti-immigration and will aim to repatriate 100,000 immigrants per year. A party that is strongly anti-EU.

Democratic Party (Centre- left) – “No” to “Dublin regulation”, more European political and social integration and aims to reduce unemployment to under 9% and youth unemployment to below 22%.

The outcome of Sunday’s election means no single party can form a majority government. Therefore, a hung parliament will ensue or some combination of the parties involved will try to form a coalition government.

The formal process to form a government will be directed by the President of the Republic, Sergio Mattarella, who will be under no obligation to hand a mandate to the largest party, and may first seek to establish whether parties can get enough seats to govern: A process likely to drag on over several weeks.

Election results from Sunday and the previous results in 2013 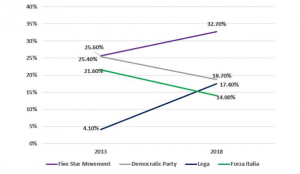 Predicting the outcome at this stage is difficult but whatever government is formed is likely to have a significant role in Italy’s economic future. All of the major parties favour cutting taxes, albeit to differing degrees and so a small cut in taxes is likey. This should help economic growth but is unlikely to help reduce the large debt-to-GDP ratio.

In terms of wider ramifications for Europe, with Five Star and Lega performing better than expected, further progress on European integration could be difficult. They will push back against efforts to increase Italy’s contribution to the EU budget. When the UK leaves the EU the financial burden will fall on the remaining contributors. This aspect will be seized on the UK Brexit negotiators. If the EU needs more money the UK is a potential source but the EU will have to offer something in return.