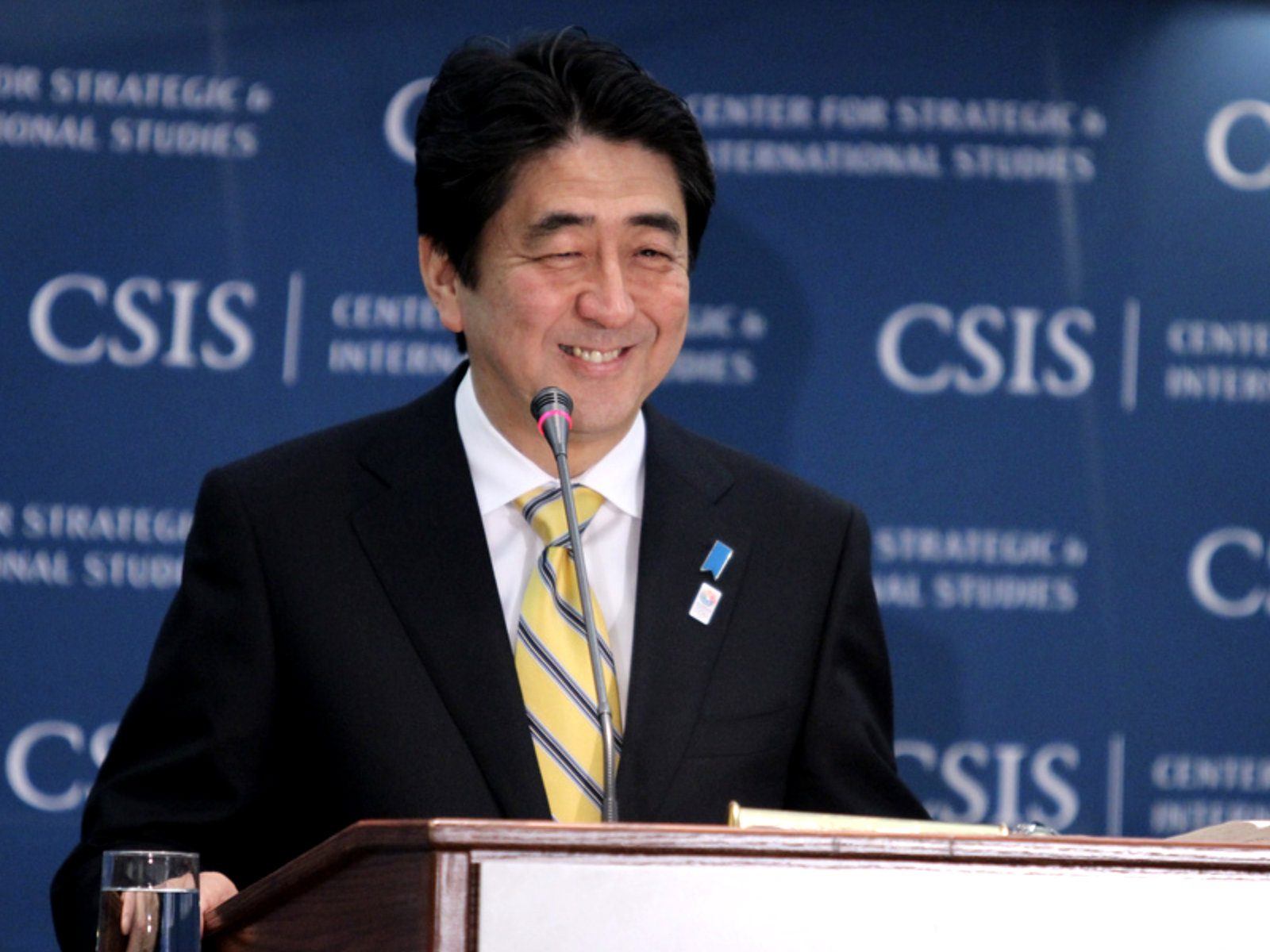 During his second stint in power, Japan’s Prime Minister Shinzo Abe was faced with what appeared to be an intractable deflationary problem. At the time, December 2012, inflation in Japan was negative, -0.1%.

But why is low inflation or deflation a problem? Surely it is good for consumers? Well at surface level it seems ok but dig deeper and it has serious negative implications. For example, falling food prices mean people have more money to spend on non-essentials, which boosts the economy. But, why buy non-discretionary items now when they will be cheaper to buy next year? The problem here, it is thought, is behavioural in nature.

What economists observe in a low or falling inflation economy is a predisposition to defer spending. This also encourages savers to hold cash but chase assets that provide a better yield (income) in real terms. A lack of spending and high cash savings levels impedes domestic consumption which feeds back into the economy in a variety of ways; lack of demand, stagnant wage growth and yes, lower prices. Breaking this impasse has been extremely challenging given the demographics of an ageing population whereby older people (generally) have less earning capacity and lower spending power.

October’s inflation (CPI) readings, which exclude fresh food prices due to their volatility, show inflation pointing up. It was steady at 1.0% for October, the same as September’s figure, and from the chart of prices historically, we can see CPI is no longer negative. However, the fear for those at the Bank of Japan (BoJ) is whether a higher positive rate can be achieved and sustained. The fall in oil prices during October and increasing pressure on the country’s telecoms providers to reduce mobile phone charges will feed into the inflation series making the headline rate lower.

The way oil prices impact on the CPI measure can be seen below. As oil rises in price so does inflation and vice versa. What economists tend to focus on however is underlying ‘core’ inflation, excluding larger variables like oil that have a disproportionate effect. After doing this we can see that underlying price growth is stubbornly low. 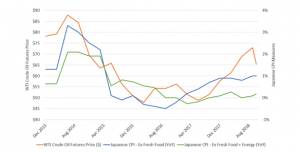 The BoJ’s current inflation target is 2% and is the bank’s primary policy target. To help reach this target, Abe launched his economic policy strategy, known as Abenomics when he was elected. Made up of three ‘arrows’ the policy is built from three key components; monetary policy, fiscal policy and growth strategy/ structural reform.

More recently we have seen a more hawkish tone from Haruhiko Kuroda (BoJ governor) towards the BoJ’s current monetary policy as the governor looks ready to try and raise interest rates. He is also indicating that the BoJ’s zero interest rate policy (ZIRP) may be contributing to the problem. It locks their banks into a cycle of low profitability. In the background the BoJ are wary of dispersion of monetary policies globally. They are concerned about being cut adrift and being out of line with other major central banks as they pull back from QE and begin raising rates.

With expected pressures to come from slowing global growth, worries about trade wars and the intention to raise consumption tax (like VAT), it is likely that the BoJ’s bond purchasing programme is here to stay for the time being. Tactically, they are slowing this down; whenever the 10-year bond yield shows signs of picking up they pull back. There is also talk of increasing fiscal spending to offset the negative effect of the consumption tax increase being imposed next year.

In conclusion, Abenomics has been criticised as having been ineffective because the inflation target hasn’t been reached. However, the scale of the challenge faced by Japan has been enormous and avoiding deflation, as they are doing now, is something to be cheered. We have written previously about signs of rising wage inflation and as we move forward into 2019 this is a subject we will revisit along with the wider aspect of general price levels across Japan.