Striking the Right Balance: The Budget and Investors’ Reaction 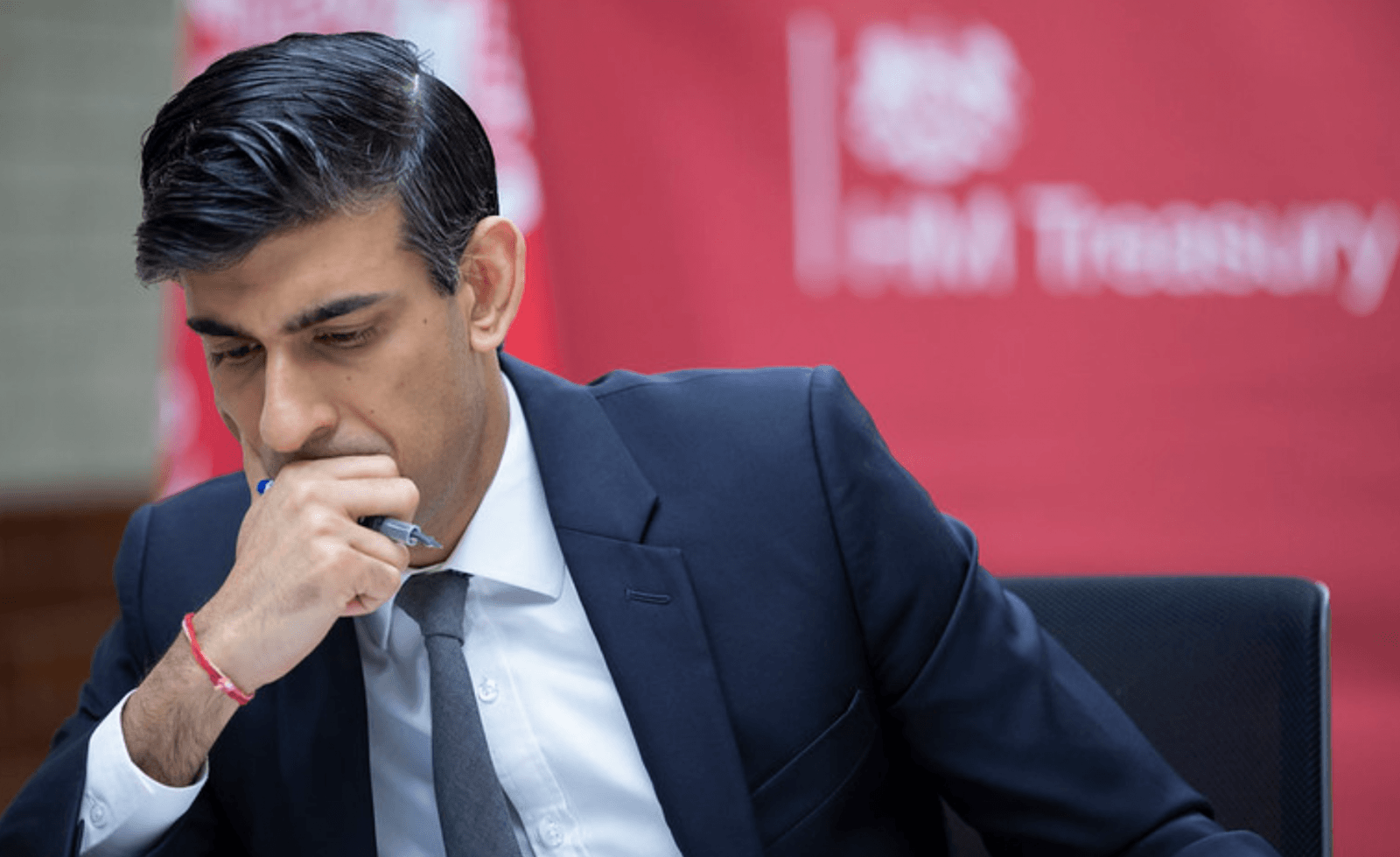 This week Chancellor of the Exchequer Rishi Sunak delivered the government’s taxation and spending plans for the next financial year.

The backdrop could hardly be more challenging with the total monetary value of the UK’s borrowing to deal with COVID-19 estimated at a whopping £355 billion; six times higher than the level forecast during last year’s Budget. Public borrowing is at its highest peacetime level as a proportion of Gross Domestic Product, as shown below in percentage terms. The dashed line at the edge of the graph denotes the fact the figures produced on Wednesday are a projection, while the orange line represents the forward estimates made during the 2020 Budget.

Graph 1: UK public borrowing as a percentage of GDP 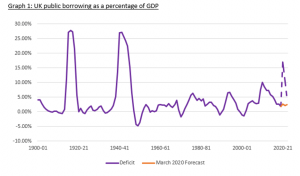 Source: Office for Budget Responsibility, data as of March 2021

The chart above makes for sober viewing, but, in recognition of the unique circumstances created by COVID-19, the Chancellor outlined policies to ensure the UK’s economic performance returns to growth before dealing with the now swollen deficit. Essentially, spend now tax later. Although we will see a reduction in public borrowing this year, it will remain high at £296 billion and more than previously expected.

For a more in-depth insight into the Chancellor’s fiscal plans, we have produced a video and descriptive explainer of the changes, which can be found here.

In this piece, we assess the Budget’s economic projections and investor reactions below.

Aside from changes to taxation, the Chancellor provided updates to economic forecasts made back in November at the time of the autumn statement. Thankfully, the picture painted on Wednesday indicates a somewhat improved economic environment than forecast in November. Accordingly:

Overall, the market reaction to the Budget was relatively muted; partly a consequence of press leaks ahead of Wednesday’s speech and partly an acknowledgement that the Chancellor has not taken undue risks with the public finances or tightened spending so much as to stifle the recovery.

Remember, bond yields and prices have an inverse relationship, with rising yields indicative of falling bond prices and therefore a reduction in investor demand. As observed in the graph below, yields on 10-year gilts rose to 0.79%, while the yields on 30-year gilts increased to 1.36%. 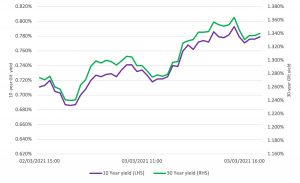 It is essential to stress the UK government’s borrowing costs are still meager by historical standards. Rising yields are also an indicator of more confidence in the UK’s economic growth trajectory.

In conclusion, the Chancellor has attempted to walk a thin tightrope between repairing public finances and providing enough stimulus to embed the recovery. The generally mild reaction within Fixed Income markets show that he has struck the right balance.