Theresa May Signs Article 50 – How Do You Feel As Brexit Begins? 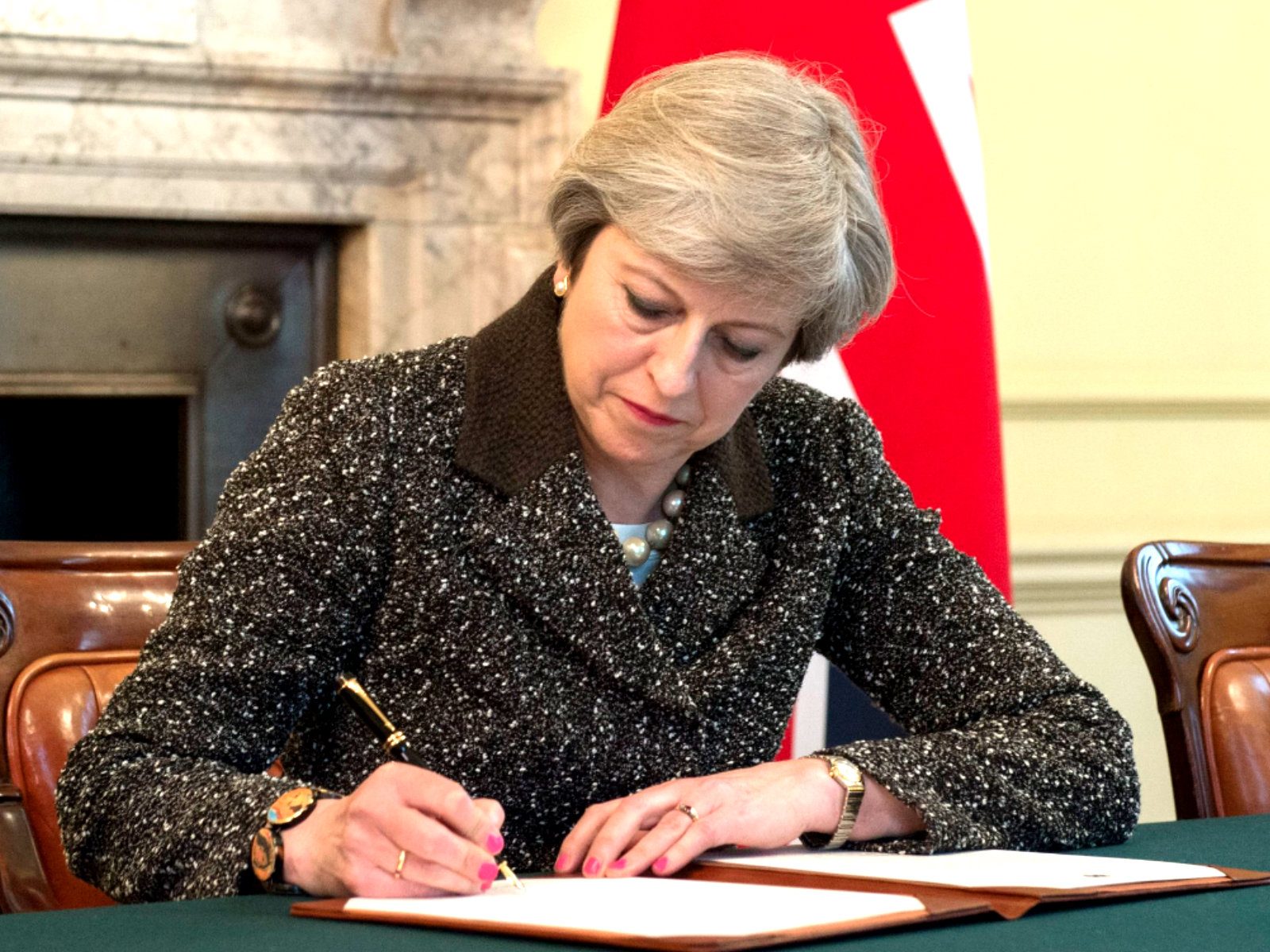 Theresa May has signed the letter to declare the UK’s trigger of Article 50. The notification is now at the Europa Building in Brussels, and Sir Tim Barrow will personally hand it to EU Council President Donald Tusk at 1230pm British time.

How do you feel as Brexit begins? Make your voice heard by voting in our Twitter poll.

Upon receiving the letter, it will mean the two-year Brexit window is officially underway. The ball will then be in the court of the European leaders, as they decide upon their negotiation strategy with the UK.

If all runs smoothly, negotiations between the UK and EU will start towards the end of 2017 and conclude by March 2019. Under the rules, the exit must be completed by March 29 2019, two years from the date of Article 50 being submitted. If that isn’t the case, then the EU countries must all agree on an extension.

The UK Prime Minister is set to give a statement to the Commons later today, in which she will tell MPs that this is “the moment for the country to come together.”

“It is my fierce determination to get the right deal for every single person in this country,” she will say. “For, as we face the opportunities ahead of us on this momentous journey, our shared values, interests and ambitions can – and must – bring us together.”

The BBC are reporting that Mrs May held an hour-long Cabinet meeting this morning, with Laura Kuenssberg reporting that she also held phone calls with key European leaders Angela Merkel, Donald Tusk, and Jean-Claude Juncker.

Chancellor Philip Hammond has already been speaking this morning. He said the government isn’t going to “cherry pick” with the EU deal. He also warned that we shouldn’t expect to “have our cake and eat it.”

What happens now is uncertain, with the UK leading the way as the first country to leave the EU.

What do you think of Article 50 getting Brexit underway today? Don’t forget to have your say in our Twitter vote.