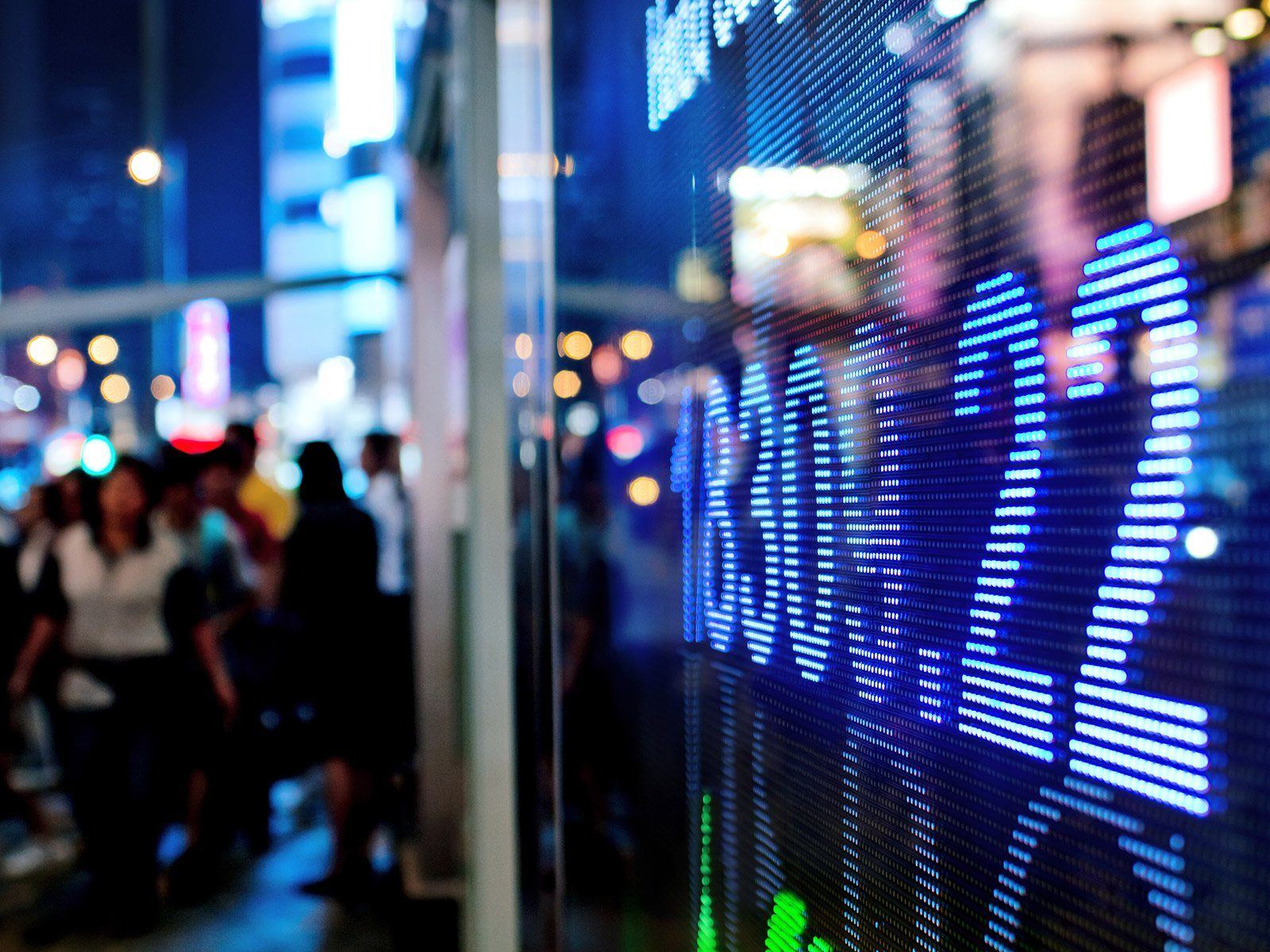 With so much data accumulation going on day to day, standing back from the noise looking for key signals is never an easy task. There are always numerous data points to examine. Market participants also factor in their expectations ahead of news to be released. This makes matters topsy-turvy – good news can turn out to be not as good as expected, and vice versa.

So, standing back, where are we now? Well, noise levels are highly elevated around domestic and geopolitical matters. Chatter about slowing global growth has grown, accompanied by reams of data which point this way and that way. There is also discontent, espoused mainly through the traditional media, about the lacklustre performance of the UK economy.

In terms of interest rates, inflation levels and labour market data our observations and conclusions differ from what we hear from the media. We see grounds for optimism. Economic growth remains synchronised globally. Most forecasters expect this to continue, not at the same fast pace compared to the tail end of 2017, but still growing nicely. Worries about slowing growth, trade wars and real wars are part of complex and shifting human values. In the meantime, businesses are getting on with what they do best – allocating capital to create jobs and wealth.

The path for each economy is of course very different. For example, we highlighted the plight of Argentina and its poor economic trajectory in our note last week. The future path for them will be extremely rocky, for a period, but hopefully without any major spill over effects. This week we decided to focus our attention on UK data readings and readings for the US because, as the saying goes, ‘If America sneezes, the world catches a cold’.

We start with Monetary Policy. In the US, the Federal Reserve Bank (Fed) is reversing its Quantitative Easing (QE) programme. Until very recently the Fed lowered interest rates to historically low levels. This is now changing, with the direction of travel being up, not down. At the same time, the central bank is no longer injecting money into the economy through QE. Both monetary tools have helped stimulate economic recovery from the depths of the global credit crisis. The signal from the Fed is that these tools are no longer necessary.

For some time, the Fed has been increasing interest rates, gradually, and reducing the amount of bonds repurchased each month. At the same time, they are taking lots of different factors into account to help judge what is the right future course to avoid derailing economic improvements already underway.

The aim of the Federal Open Market Committee (FOMC) is to maintain stability by controlling the inflation rate at somewhere around the 2% level. They also want to ensure healthy and robust growth. It is worth recalling that the FOMC has managed to push through 6 quarter point rate rises over the last 3 years, without hurting the economy.

The situation in the UK is different. The Bank of England (BoE) is keeping unchanged its QE programme, which pumped £435bn into the economy. They are, for now at least, stuck with ultra-low interest rates; remember interest rates were cut shortly after the referendum vote to leave the UK and brought back to the same level (0.5%) a year later.

It isn’t easy for the BoE’s Monetary Policy Committee (MPC) to raise rates at this juncture. They are in a trickier spot than the US which has a much larger economy that is at a more advanced point in the cycle. We do recall how the US also struggled in its attempts to wean the economy off QE and to shift policy from reducing to raising interest rates. The UK could be said to be following a similar faltering pattern. The economy is lagging as the cycle matures but we are getting positive signals in certain areas. The jobs market is healthy with wages picking up and signs that businesses are confident enough to start investing. We also have a clear signal from the BoE that they are inclined to raise interest rates but only when the time is right. They want to have flexibility in the years ahead to drop rates again from a higher level, if and when the economy faces a downturn.

In conclusion, ‘soft’ economic data and the Brexit cloud is painting a different landscape for the UK versus the US. Both economies are at different stages of their recovery from the global credit crisis and the way they are rolling back emergency measures to stimulate growth. This leaves the MPC in ‘wait and see’ mode.

1. Probabilities of Interest Rate Hikes by the End of the Year 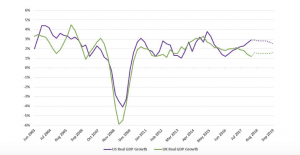